The final V-Chat (and video!) of 2011 from Vangelus.ca!  Many thanks to Darryl LeCraw and Dylan Newstead of Foxhound Digital and SkitForBrains for acting and filming assistance in the opening part of this video!

Rocking your yuletides like glitterborn rockstars, Vangelus, Gogdog, and Seth Buzzard are all about the cheese. LIVE HOT ITUNES USED LIVE IN THIS EPISODE

FunPub has a habit of posting really useful information all over the web…except on their own archived webspace.  Just read some stuff that I thought should be made more general knowledge, so I’m going to put it here at least for my own reference.

Now, lets look at 2009 and this year specifically. The theme going in to 2009 was Elite Guard. And we wanted to choose an “Old Autobot” to be part of the group when he was young. We chose Kup (over Ironhide) for different reasons. Now, once we had the primary theme and setting, we needed bad guys. So, we started looking at characters that had never really appeared in US fiction so it would make sense as to why they had never been seen before i.e. they existed in the distant past. From the character list and the molds available, Banzai Tron, Leozack and Skyquake made the most sense. We had also been wanting to get Scourge made because we knew it was a character fans would like to see. Having Kup in the set made it very easy. We would tell the story in Flashback. Now we can work in Scourge!

Elita-1 was done to fill out the 2007 set and Razorclaw was done because yes, since I co-wrote DoFP, he was the one toy (in 7 years) that I personally wanted to see done. THAT said, would not have if I thought it would have been a bust. (That 2 pack did VERY well).

On to 2012, SG vs CV was a concept we had thrown around for a couple years. This was the year it finally made sense. I am very specific when I look at breakdowns. Need to have a proportionate number of good, good, bad and bad guys. You see that in set breakdown. 2 Heroic Cons, 2 Evil bots, 1 Heroic bot, 1 evil con. Once souvies are factored in, we looked at characters that have been discussed before (in the fiction) and characters that we think would do well. At the same time, we look at the molds available, and if any of this lines up. Some are easy (Tracks), and some go through a long vetting process. You have no idea HOW many pitch sheets I see before we settle on the final list.

So, over the 7 years, there has been one I really wanted to see done and only if it would have appeal. As far as all of the others, really doesn’t matter to me. Now, some of the pitches that come in, are they personal favorites of the person submitting them (I use about 4-5 people). Yes, I am sure. But, I have one criteria. It needs to be sellable. Everything else comes after that. Don’t get me wrong. I am excited and enthused about the great looking toys. But at the end of the day, each toy has to be a good mold, look good redeco’d/remolded, fit the theme AND be a winner at retail.”

“1. Hmmmm… We have never started over because we felt at the time what we had was weak. THAT said, we have shelved a couple set ideas due to other factors, and looking back at one specifically, SO glad we did because it was nearly as good as what came out that year and it had flaws in hindsight.

2. In 2009 we wanted to add a new character to the mythos. Enter Landshark. When Animated was decided upon for 2011, Toxitron made perfect sense as we had been looking for a way to introduce him for like 3 years…”

Those were the main ones that caught my eye, anyway~

Thanks to Keith and Igadevil for having me in on this discussion, and all props to Jonathan Howe (FuuNoKami Oka) for the editing.

Many thanks to Craig Moore of The Fwooshcast for putting this one together, and Igadevil of Igadevil.com for joining us.

Aaron and Omegus Prime are totally cool with the fact that Vangelus has bought Prime toys, and don’t mind the number of Transformers he got this week. The floor is open! 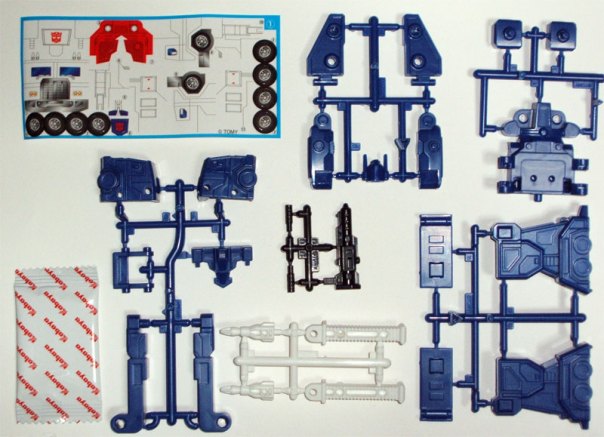 Entirely on time and entirely mentally calm and collected, Vangelus joins GogDog and Seth Buzzard for convention updates and diving nose-deep into the new rumours about Transformers 4 the live action film!